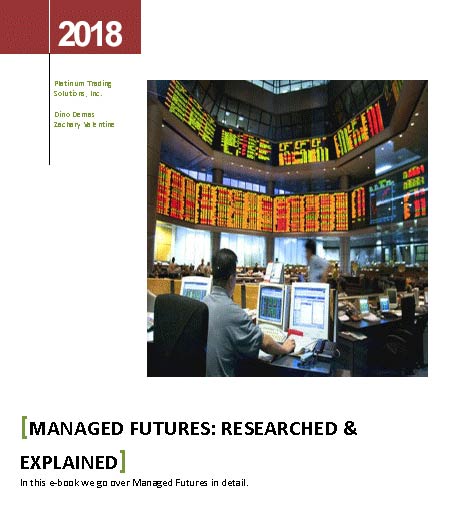 Gold and Silver Trading Have a Long History

There are three major gold trading centers in the current global market, namely London, New York & Shanghai. London has the longest history being the hub for “OTC Loco London”1 trade. New York is home to COMEX with highly liquid gold futures, which are traded around the clock with global access and physically delivered in New York. Investors in Asia have historically preferred to own physical gold, in the form of bullion bars and jewelry. However, with the economic development of China at the turn of the century, trading of paper gold gained popularity rapidly. The Shanghai Gold Exchange (SGE) and Shanghai Futures Exchange (SHFE) account for the highest volumes of spot gold and gold futures trading respectively among the Asian exchanges. The three regional trading centers interact with and complement each other, with arbitrage trading constantly going on. This paper discusses the features of the gold and silver products across various markets and explains the arbitrage opportunities that are potentially appealing to the investors in Asia.

It is well known that COMEX has the highest traded volumes of Gold futures (code: GC) among all the global exchanges, at over 381,000 contracts2 (or 1,185,000 kilograms) a day. The gold market trades around the clock and CME Group offers trading virtually 24 hours per day enabling the world to access the market at times that work best for their schedules whether they are in Asia, Europe, Latin America or the United States. As a global product, GC offer great liquidity throughout the day. The volume of GC traded during Asia trading hours alone (which we have defined here as 8 a.m. – 8 p.m. Singapore time)3 is over 390,000 kilograms a day.

Figure 1 shows that COMEX gold volumes, during Asian hours alone, are greater than the total volumes of the individual peers in Asia. The average monthly gold futures volume at COMEX (during Asia hours, from January

In Asia, a number of new exchange-listed gold products have been introduced to the market in recent years. For example, Hong Kong Exchange has made another attempt to launch gold futures in July 2017; and DGCX recently launched a contract based on SGE’s gold benchmark. So far, the gold futures contracts which have attracted decent volumes are on SHFE in China and TOCOM in Japan.

Correlation is an important tool for traders engaged in cross-market trading. Gold prices are closely correlated across regional exchanges, and this has attracted many traders seeking to arbitrage gold trades across different exchanges. The fact that COMEX gold futures are highly liquid during Asia hours has made arbitrage trading between gold futures listed on COMEX, SHFE and TOCOM especially popular in the region.

As the contract size of GC is 100 troy ounces (roughly 3.11 kg), traders who arbitrage GC futures against either SHFE or TOCOM gold futures (both 1 kilogram contracts) would trade three SHFE/TOCOM contracts for every GC contract. The relevant features of the contracts are listed in Figure 3.

In addition to the standard size GC contract, smaller sized futures contracts (the 50 troy ounce E-mini Gold, 10 troy ounce E-micro Gold, and 1 kilogram Gold Kilo) are also listed on COMEX. Although their contract sizes are closer to that of SHFE’s and TOCOM’s contracts, they are usually traded by institutions which have specific requirements. The flagship 100 troy ounce GC contract is the prevailing choice amongst institutional and retail investors for price discovery.

GC is the primary choice by market, while other smaller contracts also enjoy growth

In addition to the standard size GC contract, smaller sized futures contracts (the 50 troy ounce E-mini Gold, 10 troy ounce E-micro Gold, and 1 kilogram Gold Kilo) are also listed on COMEX. Although their contract sizes are closer to that of SHFE’s and TOCOM’s contracts, they are usually traded by institutions which have specific requirements. The flagship 100 troy ounce GC contract is the prevailing choice amongst institutional and retail investors for price discovery.

Correlation is Good Between COMEX, SHFE and TOCOM Gold Futures

Gold is the same precious metal throughout the world, and gold prices in different countries have historically stayed closely correlated over time, hence its attraction as an arbitrage instrument. The price movements of COMEX, SHFE and TOCOM gold futures during the past 16 months were compared, accounting for foreign currency translations, in Figure 5. Their front or spot month contracts (which are proxies to spot gold prices in the respective regions) have exhibited price level correlations in excess of 0.8 for most of that period.

Local geo-political events or demand-supply imbalance have resulted in price divergences over the short term, such as that observed between COMEX and SHFE gold prices in recent months.7 This is likely to attract investors to take spread trade positions especially between these two contracts.

Figure 5: Correlations between Gold prices are historically in excess of 0.80 8

Thus far, the investment case for COMEX gold futures, and the attractiveness of arbitrage trading between COMEX, SHFE and TOCOM, have been laid out. There are some intricacies that a trader needs to be aware of to optimize his trading experience. The first is knowing which contract months to trade during different periods of time. Retail investors would trade the most liquid contracts, as these contracts have the tightest bid-offer spreads and the deepest order book.

Each of the three gold contracts appear to have distinctive characteristics. COMEX’s gold volumes seem to cluster around the second forward month contract; for example, the most liquid contract in January and February is the April contract.

SHFE’s volumes seem to cluster around two contract months; trading volumes from May to October are concentrated in the December contract, and from November to April, the June contract. TOCOM’s volumes are clustered around the furthest contract month.

In Figure 7, the most liquid months for each exchange were paired, and their respective price correlations compared 9. Prior to October 2017, the price correlations between COMEX GC, and the liquid gold contracts at SHFE and TOCOM, have been well-behaved at over 0.90. While the seasonable breakdown in correlations from November to December 2017 is typically ascribed to traders going off for their vacations, price correlations since February 2018 have generally tracked lower at 0.80 or less.  This suggests that, while GC volumes during Asia trading hours have increased, gold arbitrage trading between COMEX, SHFE and TOCOM is also becoming more intricate.

Figure 7: Correlations between the paired contract months over time 10

Arbitrage Opportunity in Back Months

There is typically around $30/oz price differential between the spot month prices of COMEX and SHFE/TOCOM, and this is usually explained away as the logistics and transportation costs to bring the metal into the Far East. The sporadic widening of spreads may provide short term arbitrage opportunities for investors who are alert to them.

Figure 8: How the shapes of Gold forward curves change over time

As Figure 8 shows, like COMEX’s forward curve, SHFE’s gold forward curve is contango in shape, but it does exhibit some kinks along the curve, possibly due to localized factors.  The liquid contracts also tend to be concentrated in the June and December contract months.

In precious metals trading, institutions regularly engage in other, more complex, trades in a bid to outperform the market. Most of them are not as popular amongst retail investors, and are briefly mentioned here for knowledge.

Silver is often overshadowed by Gold, be it for Spot, ETF or futures trading. Still, it should be noted that COMEX Silver futures attract an average daily trading volume (ADV) of over 102,000 contracts (versus COMEX Gold futures’ 381,000 contracts), and is the second highest traded precious metal by contract volume on CME Group. The COMEX Gold vs COMEX Silver spread futures is a very popular commodities spread trade on CME Group.

Silver is more widely used as an industrial material compared to gold, and prices are therefore influenced by general economic conditions more than gold. On the other hand, it also behaves like a currency and, like gold, is influenced by psychological forces and flights to safe haven.

While prices of both metals tend to be volatile during key economic releases, such as the FOMC meetings and interest rate decisions, the volatility of Silver has historically been higher than gold, and this is one of the features in its favor amongst precious metals traders. Banks and financial institutions trade gold and silver futures as hedges against political or economic problems, and retail investors often take small positions to ride the trend.

Like gold, investors like to arbitrage between COMEX and SHFE Silver. The trading strategies and mechanics are similar to the gold arbitrage, and as explained earlier, a retail investor would select the most liquid contract for each leg of the spread. Figure 11 shows most liquid Gold and Silver futures, on COMEX and SHFE, at different times of the year. The price correlation between gold and silver is usually above 0.7. The price correlation between COMEX Silver and SHFE Silver are also provided for comparison.

Figure 11: Correlation between COMEX/SHFE Gold/Silver, and the liquid contracts during each calendar month

Given that there are commissions and fees charged by retail brokers and futures commission merchants (FCM), retail investors need to select liquid futures contracts (where bid-offer spreads are tighter) to minimize price slippage. Futures are also more cost efficient, compared to cash-and-carry trades or over-the-counter investments, due to the leverage offered, and the margin offsets available when spreading two futures contracts on the same exchange.

Gold and silver outright futures, spread trades between the two, and gold options, are among the most popular commodities trades that retail investors participate in. This article has laid out the core fundamentals. An investor should also talk to brokers and FCMs to compare the fees charged, so as to optimize investment costs and returns.

1. The wholesale over-the-counter London bullion market for the trading of gold and silver, conducted by members of LBMA.

3. 8 a.m.– 8 p.m. was chosen to compare trading during and outside U.S. regular trading hours. 390,000 kilograms were the average daily volume during Asia trading hours from January to March 2018.

4. SHFE and SGE report their trading volumes by ‘sides’. To make them comparable to COMEX which report volumes by ‘round turns’, the SHFE/SGE volumes are halved. 1 COMEX GC (100 oz) contract is equivalent to 6 SHFE/SGE (1 kg) gold contracts.

7. The divergence was observed to have started in late October 2016, a period which coincided with the run-up to the U.S. presidential elections. SHFE’s divergence since H1 2017 reflects China’s potential emergence as a distinct price discovery center.

8. Average Price Level correlation of front-month Gold futures for July 2017 – April 2018 is 0.96 for COMEX vs SHFE, and 0.98 for COMEX vs TOCOM. Average Log Return correlation for the corresponding periods are 0.36 and 0.36 respectively.

Disclaimer: The Risk Of Trading Can Be Substantial And Each Investor And/Or Trader Must Consider Whether This Is A Suitable Investment. Past Performance Is Not Necessarily Indicative Of Future Results.

FUTURES TRADING DISCLAIMER: Transactions In Securities Futures, Commodity And Index Futures And Options On Futures Carry A High Degree Of Risk. The Amount Of Initial Margin Is Small Relative To The Value Of The Futures Contract, Meaning That Transactions Are Heavily “Leveraged”. A Relatively Small Market Movement Will Have A Proportionately Larger Impact On The Funds You Have Deposited Or Will Have To Deposit: This May Work Against You As Well As For You. You May Sustain A Total Loss Of Initial Margin Funds And Any Additional Funds Deposited With The Clearing Firm To Maintain Your Position. If The Market Moves Against Your Position Or Margin Levels Are Increased, You May Be Called Upon To Pay Substantial Additional Funds On Short Notice To Maintain Your Position. If You Fail To Comply With A Request For Additional Funds Within The Time Prescribed, Your Position May Be Liquidated At A Loss And You Will Be Liable For Any Resulting Deficit.